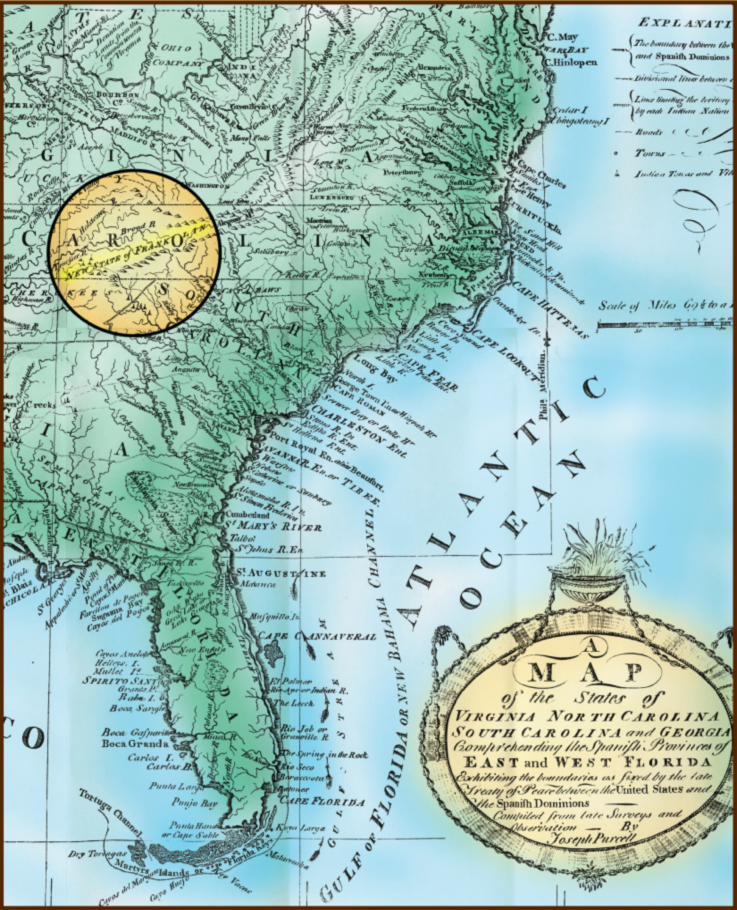 Figure 1. This 1789 map by Joseph Purcell shows the “New State of Franklin” along with other southern states of the newly formed United States. Purcell’s map was published by Jedidiah Morse in his The American Geography. Originally black and white, this map was given color courtesy of Natural Concepts.