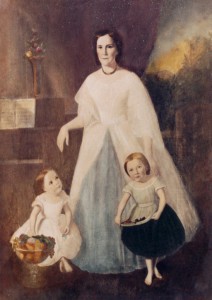 In 1832, David Haynes shipped a piano from Baltimore for his daughter Emmaline Haynes (1822-1880). The piano was manufactured by Charles Albrecht & Co. of Philadelphia. An ox wagon was used to transport the piano, as there was no railroad in East Tennessee at the time. Emmaline, who married Rev. Nathaniel Greene Taylor (1819-1887), cherished her piano. In her portrait painted by Samuel Shaver, Emmaline is leaning on her piano while her two daughters – Mary Eva (left) and Rhoda Emma (right) – accompany her. In a handwritten ledger, Rhoda Emma Taylor recounts how her family and childhood were disrupted by the Civil War and how Emmaline defended her land and piano against some Confederate officers:

My knowledge and experience of the Civil War

I was born March 28th 1855. The first six years of my childhood was lived in peace and joy and happiness with the best parents in the world and the jolliest brothers – James P. Alfred, Bob, and Nat – who were my seniors. Then, the Civil War broke out in 1861 and plunged our beautiful South land into a bloody struggle of 4 years with the North. My father was a large slave owner but was a Union man and believed in the abolition of slavery but, he did not receive any credit by the other side for his Union principles but had a premium on his life of ten thousand dollars because of his Union principles and scouted in the mountains of greezy cove [present-day Unicoi County, Tennessee] six weeks and when General Burnsides [Union General Ambrose Burnside] came into Knoxville, he scouted through the lines and joined Burnside’s army and fell back with it into the North where he remained 7 months leaving my mother with 7 children to fight the battle alone – which she did honorably and bravely. She met the foe as a great General leading his army to battle. One instance I remember when several rebel officers came into the room and my mother stood upon the floor and made then a speech, she said, ‘gentlemen; I am a union woman – I am union to the core, I am not like my old father there when the federals are near – he shelters under the wing of his son in law N.G. Taylor and when the rebels are in he drops under the wing of his son Landon C. Haynes –

I am for Abraham Lincoln- I am Union to the core.’ At another time there came into her presence several rebel officers who had taken from her six fine farm horses – all her farming utensils – six good milk cows – 100 head of blooded sheep – then, came to her garden and destroyed her beautiful vegetables – and everything else they could find. After all this robbery they came into the house – and she said Gentlemen; there are two things you cannot take – my piano and land; they requested she give them some music- she sat down like a queen and ran her fingers gracefully over the keys – and said to them this is my own composition – “Jeff Davis’es [sic] destruction” – they replied that they did not admire that kind of music. Then she sang them a song, “Do they miss me at home” this brought them all to tears, and two of them refused to aid in the robbery – she gave them money to take them through the lines and they joined the Union Army.[1]

After several months of contending with such occurrences, Nathaniel Taylor was able to send a flag of truce through the lines in order for Emmaline and their children to rejoin him in the North. For the rest of the war, the Taylor family lived in Camden County, New Jersey and helped raise $266,000 for East Tennesseans affected by the war. At the conclusion of the war, the family moved back to Tennessee. 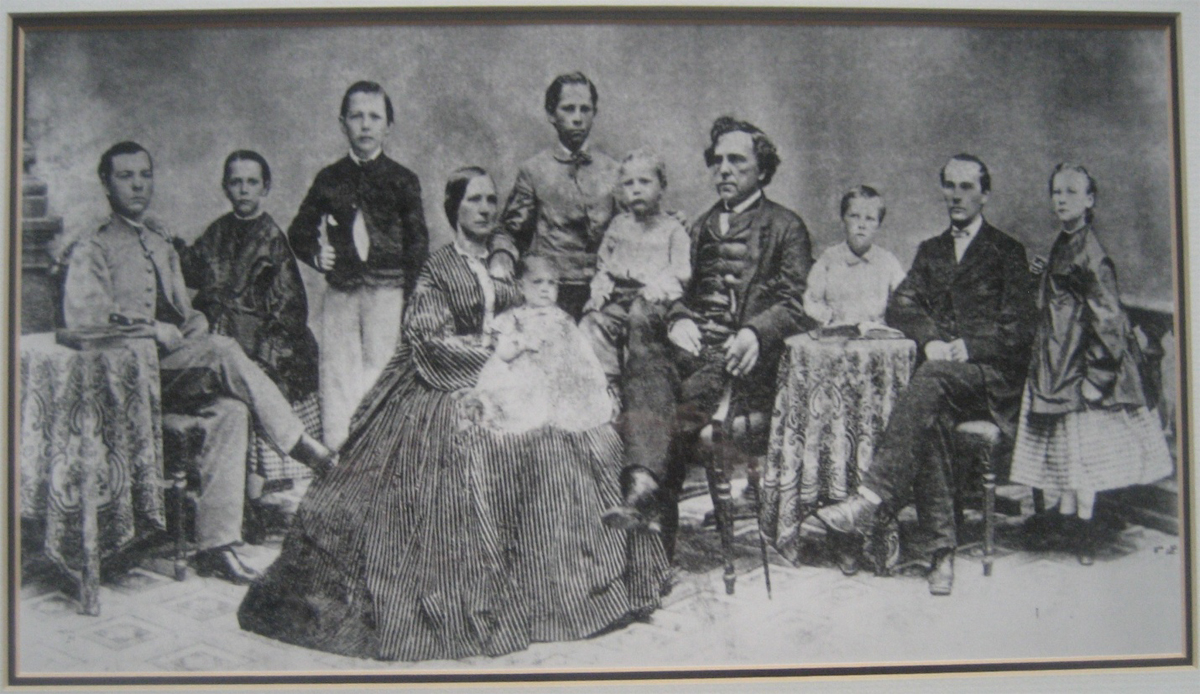