Colonel John Tipton and his family moved from Virginia to East Tennessee in 1783. The Tipton-Haynes State Historic Site is located on part of the 100 acres of land upon which the Tiptons settled. 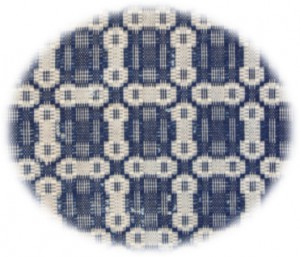 Figure 1. The unique pattern design of the Tipton family coverlet.

In the seventeenth century Colonel John Tipton’s ancestors emigrated from England to Jamaica and then to Maryland. Born in Maryland on August 15, 1730, Colonel Tipton moved to Frederick County in northern Virginia, where he married Mary Butler around 1750. When the Colonial Virginia Assembly created Dunmore County in 1772, Colonel Tipton was one of the first justices of the peace in the new county.

Serving as a captain for the Virginia militia, Colonel John Tipton was a veteran of Lord Dunmore’s War (1774). The War was a campaign waged by the colony of Virginia against the Shawnee Indians and resulted in the westward expansion of Virginia’s boundaries. Although he served as a captain for the Virginia militia, he is commonly known more as colonel for when he served that position for the North Carolina militia in the late 1780s.

Also in 1774, on June 16, Colonel Tipton served as a member of the committee that drafted the Dunmore County (or Woodstock) Resolutions that protested the harsh treatment meted out to Boston, Massachusetts after the Boston Tea Party. The signed document is viewed as a precursor to the Bill of Rights and contains revolutionary rhetoric that was developing throughout the British colonies. Early the next year, Colonel Tipton was elected to the Dunmore County committee of safety and correspondence.

Colonel Tipton also served in the American forces during the Revolutionary War (1776 – 1783). Although he spent most of his time in the realm of politics, Colonel Tipton aided the war effort by serving as a recruiting officer for the Virginia militia. In 1776, he represented Dunmore County at the Fifth Virginia Convention, which drafted the first state constitution for the former royal colony. From 1776 to 1781, he was a member of the Virginia General Assembly, representing Dunmore County and its successor, Shenandoah County. For the remainder of the war, he served as sheriff of Shenandoah County from 1781 to 1783. 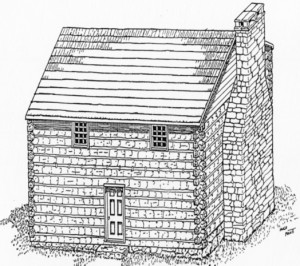 In 1783, the Treaty of Paris ended the long war between Great Britain and the thirteen American colonies, now formally recognized as the United States of America. That same year, Colonel Tipton moved with his family from Virginia to present-day Tennessee, which at that time was the western part of North Carolina. The next year he purchased a few tracts of land in Washington County, including a 100-acre tract on Catbird Branch of Sinking Creek. On May 15, 1784, Colonel Tipton acquired the 100-acre tract of land from Samuel Henry.

While giving birth to their ninth son, Jonathan, Mary Butler died on June 8, 1776. Just over a year later Colonel Tipton married Martha Denton Moore, a recent widow, on July 22, 1777. Consequently, accompanying Colonel Tipton on the move to Tennessee was his second wife, some of the younger Tipton children from his first marriage, and Abraham, who was born in 1780 and the only son of Colonel Tipton and Martha. He also brought slaves from Virginia to Washington County, but unfortunately there is no document that gives an accurate account of how many slaves accompanied him. According to Washington County, Tennessee Tax Records, Colonel Tipton listed five blacks along with two stud horses in 1797.