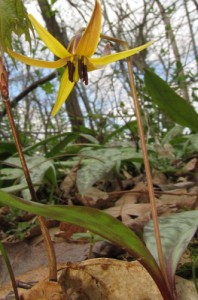 The French botanist André Michaux was a guest in the home of Colonel John Tipton during one of his expeditions in eastern North America. He recorded numerous spring wildflowers around the Tipton home and remarked that the nearby mountains were covered in bloodroot, spring beauty, and trout lily.

André Michaux was born in 1746. After a successful plant collecting expedition to the Middle East from 1782-1785, he was appointed a King’s Botanist by the French monarch Louis XVI. Michaux then traveled to the United States in 1785, principally to identify and collect suitable American trees that could help restore the dwindling forests of France. In 1786, he established a botanical garden at Charleston, South Carolina, where he cultivated and shipped large quantities of American plants to France. 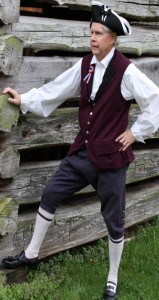 During his nearly eleven years in the United States, Michaux traveled from Florida to Quebec and west to Illinois, visiting Tennessee in 1789, 1793, 1795, and 1796. He was the first scientifically-trained botanist to visit Tennessee. During his extensive travels in Tennessee, Michaux met many notable early Tennesseans including territorial governor William Blount, Colonel James Robertson, Kaspar Mansker, Timothy DeMonbreun, Sampson Williams, John Overton, Daniel Smith, and Andrew Jackson.

In April of 1795, Michaux left Charleston on an expedition across the Appalachian Mountains. He spent the night of May 14 at the home of Colonel John Tipton before continuing his journey westward. In August, he reached the Mississippi River. 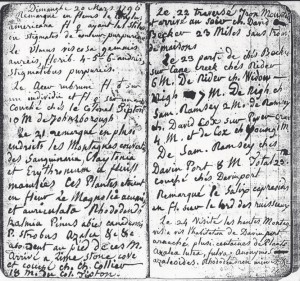 Figure 3. André Michaux’s journal entry of March 20, 1796. Colonel Tipton’s name is visible in the middle of the left page. Courtesy of the American Philosophical Society.

On his return to Charleston, Michaux again stayed with Colonel Tipton on March 20, 1796. After returning to Charleston in April, he sailed to France in August and never returned to the United States. André Michaux died of fever on the island of Madagascar in 1802. He is remembered today for his many contributions to science including two landmark books: Histoire des chênes de l’Amérique septentrionale (1801) and Flora Boreali-Americana (2 vols., 1803). 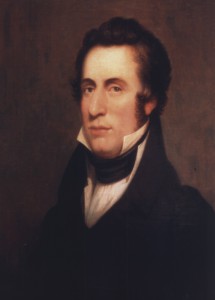 Figure 4. Many incorrectly believe this to be the painting of André Michaux. In fact, this painting is of his son
François André Michaux. Courtesy of the American Philosophical Society. 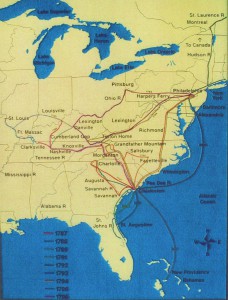