The haversack was a vital piece of equipment carried by both Union and Confederate soldiers during the Civil War. The haversack was used to carry all sorts of belongings that soldiers needed to stay alive while in camp or on the march. Daily lives of soldiers would be found within the haversack. Such things included foodstuffs, personal hygiene utensils, communication, recreational activities, and keepsakes that reminded them of home. Without a haversack such belongings of soldiers would have been impossible to carry. Therefore, their haversack, their musket, and their canteen were the most important belongings that a soldier carried with them to keep them alive.

How the Haversack Program Relates to Tipton-Haynes

Robert Haynes and Joseph Haynes, sons of Confederate senator Landon Carter Haynes, were officers in the Confederate army. Nephews of Landon Carter Haynes, Nathaniel Harris and John Frank Gifford also enlisted in the Confederate Army. The Haynes boys, Nathaniel, John, and all young men would have carried a haversack for foodstuffs and personal items. With limited study given to the common soldier of the Civil War, the Haversack Program will allow students an opportunity to learn about Landon’s sons and nephews and about the daily life of soldiers.

Students will be introduced to what was really important to the common soldier of the American Civil War through discussion and artifact analysis. Through discussion, students will become familiarized with the basic background history of the Civil War. Also, students will learn about Confederate Senator Landon Carter Haynes and his sons, Robert and Joseph Haynes, who fought for the Confederacy. After discussing the Civil War and the Haynes family experiences, students will analysis replica artifacts of a common soldier’s haversack. Some of the items that students will be introduced to were luxury items that a lot of times were not available to soldiers. Therefore, students will learn how soldiers depended on the items of their haversacks while they also suffered due to the lack of items in their haversacks. 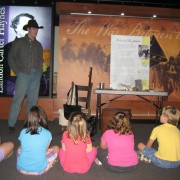 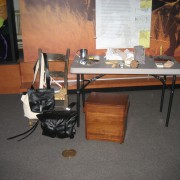