The Tipton-Haynes State Historic Site tells the rich story of the history of Northeast Tennessee and of the several families that lived here. The site includes 45 acres, eleven historic buildings, the Tipton/Gifford/Simerly cemetery, a limestone cave, a natural spring, a buffalo trace, a nature trail, and a Visitor Center. The Visitor Center contains a permanent exhibit, museum store, educational spaces, a library, and archives.

Purchasing the site in 1784, Colonel John Tipton (1730-1813) moved from Shenandoah County, Virginia to settle in what was then Washington County, North Carolina. For the next four years, the formation and decline of the State of Franklin became an important issue for the area and the life of Colonel Tipton, who stayed loyal to North Carolina. In February of 1788, the Battle of the State of Franklin turned the peaceful home of Colonel Tipton’s into a battle ground for Franklin independence. Colonel Tipton would later help with the development of Tennessee becoming the 16th state of the Union before retiring from public life.

After his father’s death, John Tipton, Jr. (1767-1831) inherited the property. Before moving to Washington County, Tipton, Jr. was already a successful state legislator and wealthy land owner in Blountville, Tennessee. Tipton, Jr. expanded his father’s cabin in the 1820s, making it a Federal style farmhouse. While attending the 19th General Assembly, he died in Nashville.

The heirs of John Tipton, Jr. sold the property to David and Rhoda Haynes in 1837. For a wedding gift, David and Rhoda gave the property to Landon Carter Haynes (1816-1875), their oldest son, in 1839. That year, Landon had married Eleanor Powell. In the 1850s, he expanded the former Tipton home into how it appears today. Haynes is best known for being a Confederate senator, but was also a state legislator, politician, farmer, newspaper editor, Methodist minister, and attorney. Losing his home during the Civil War, Haynes moved to and lived the rest of his life in Memphis, Tennessee. The site would eventually return to the Haynes family when, on May 1, 1882, Sarah L. Gifford Simerly (1847-1935) purchased the property. Sarah was the niece of Landon Carter Haynes. 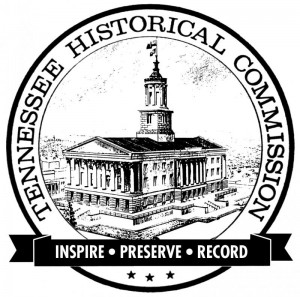 Tipton-Haynes State Historic Site is funded under an agreement with the Tennessee Department of Environment & Conservation, Tennessee Historical Commission and by generous donations to the non-profit Tipton-Haynes Historical Association, Inc.